Garbage, the City and Death 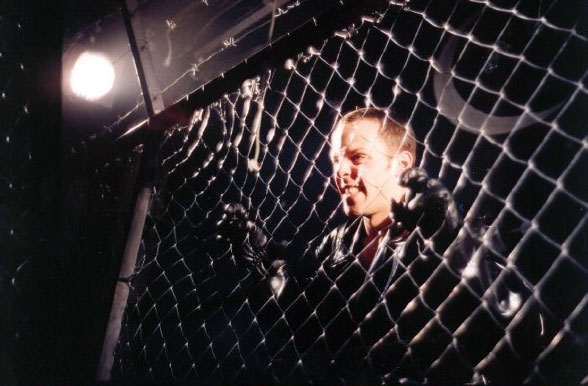 This is Fassbinder's last and most controversial play, which was banned in Germany in 1975. The story concerns Rome, a prostitute too beautiful to have clients, and the Jewish real estate speculator she befriends. Rome is paid to listen to her customers' despairing monologues about politics, power, corruption, and guilt.

The play drew much attention in the press both in Israel and overseas. A German television crew was sent to Israel to cover the rehearsals. Their comprehensive review was reported on "Kultur Magazine".

Many thanks to Menachem Zibziner for his amazing guitar playing and other good advices.