Written and directed by Gili Shanit
The Khan Theatre, Jerusalem 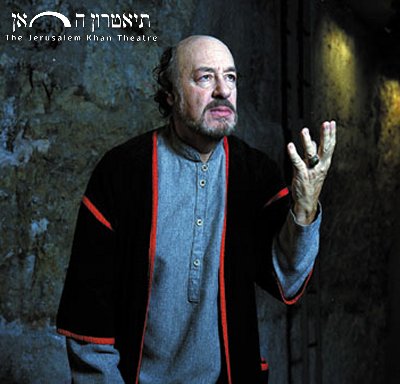 A play based on Joseph Heller's novel "God Knows".

"This zany, sexy version of the story of King David, told as a modern allegory of what it is like for a Jew to survive in a hostile world, is "original, sad, wildly funny, and filled with roaring . . . Heller's King David, a splendid creation, is not so much a man for all seasons as man in all his seasons".
(The New York Times Book Review)

Writing the music for this play led me to a fascinating journey of researching (a bit) and imagining (mostly) about the instruments and the musicians of that time, and the sound-space in which they created music.

Visit "Why not Me?" page on the Khan theatre's site (Hebrew) »

... the big historical drama in the background of the play is portrayed by the impressive music of Arie Zonshine ...

Artwork I found inspiring during my preparation research:

Update Required To play the media you will need to either update your browser to a recent version or update your Flash plugin.
Previous: The Cherry Orchard
Next: Betrayal
top